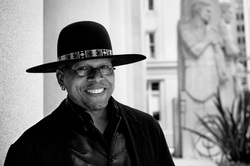 Christian Davenport is a Professor of Political Science at the University of Michigan as well as a Faculty Associate at the Center for Political Studies. He is also a "Scholarist" (an engaged scholar who partakes in activism and consults with activists), a struggling artist (2 novels as well as bunch of short stories) and board game creator (3+).  Primary research interests include political conflict (e.g., human rights violations, genocide/politicide, torture, political surveillance, civil war and social movements), measurement, racism and popular culture. Christian is the author of numerous books. For more information, go to the webpage here. He blogs on his site (the Analog, the Antiblog) as well as at Political Violence at a Glance. Tweeting just began at @engagedscholar. 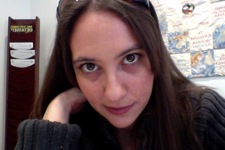 Jacqueline DeMeritt (Ph.D., Florida State University, 2009) is Assistant Professor of Political Science at the University of North Texas. She specializes in human rights, including explanations for rights violations and opportunities to protect vulnerable individuals. Current research focuses on why low-level perpetrators participate in government killing and on how leaders choose among repressive methods, and current teaching focuses on human rights advocacy and activism.  Other interests include the application of quantitative methodology and formal theory to social scientific processes, and maximizing the policy relevance of academic research.  Jackie believes in great music, great people, and animal rescue.  She believes in Andy Kaufman, Alfred Hitchcock, Ernest Hemingway, Mos Def, and Tom Waits.  And she cannot sing well, no matter how loudly she tries. 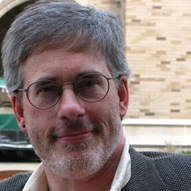 Will H. Moore is Professor of Political Science at Florida State University, and a blogger at Political Violence at a Glance and Will Opines as well as who tweets @WilHMoo.  His research focuses on violent political conflict, and more specifically: dissent and repression; human rights; protest, rebellion, and terror; forced migration; and research design and political methodology.  Will's Google Scholar Profile is here, and SSRN page here.  His anti-heros are the little boy in Hans Christian Anderson's The King who Wore No Clothes, Holden Caufield in Catcher in the Rye, and Yossarian in Catch-22.  He believes you should read Jerzy Kosinski's The Painted Bird and Being There.  Discovering George Carlin and Richard Pryor during puberty let him know he was not alone. 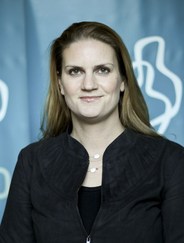 Ragnhild Nordas is a Senior Researcher at the Peace Research Institute Oslo (PRIO). Her PhD is in Political Science from the Norwegian University of Science and Technology (NTNU) from March 2010. She's been a research fellow at the Belfer Center at Harvard Kennedy School and the Kroc Institute for International Peace Studies at the University of Notre Dame, IN.

Ragnhild's main research project at the moment is a global data collection on Sexual Violence in Armed Conflict (SVAC), collaborative work with Dara Kay Cohen (Harvard University). In general, her primary research interest is political violence. Within this topic, she's particularly interested in understanding the effects of identity politics in general and religion in particular. She also studies organizational and ideological characteristics of rebel movements and how these matter for violence, conflict escalation, and settlement; cultural demography, sub-national variation in violence, inequality, child soldiering, and security implications of climate change. 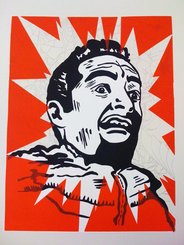 Ernesto Verdeja is an Associate Professor of Political Science and Peace Studies at the University of Notre Dame. His research interests include large-scale political violence (genocide, war crimes, crimes against humanity), transitional justice, and political reconciliation. Other interests include contemporary political theory, particularly democratic and critical theory, the Frankfurt School, and feminism.

He is the author of Unchopping a Tree: Reconciliation in the Aftermath of Political Violence (2009) and articles, chapters and coedited volumes on political violence and peace. Verdeja serves on the boards of the Institute for the Study of Genocide and the International Association of Genocide Scholars, a worldwide organization devoted to the study and prevention of genocide. His website is here.